Want to Work With Us?

These days he doesn’t need much of an introduction, Jo Koy has become a household name. World-wide comedy tours, sold out stadiums, and Netflix specials… he’s kind of a big deal. But, the best thing about him is that you’d never know it, he’s just so relatable! Maybe it is his humble Filipino upbringing, or his never-ending work ethic, or his infectious energy…I don’t know, but whatever it is; it makes us wanna get a few beers with the guy.

Koy’s storytelling style of comedy is one way he connects with his audience. Yes, his jokes hit close to home. And no, he literally knows no boundaries but that’s what we love about him. Whether he’s impersonating his funny-as-fuck Asian mother, explaining the joys of raising a teenage son, or just simply touching on the trials and tribulations of everyday life, we can relate. It’s funny because it’s true.

With three decades of comedy under his belt, Koy often recounts a humiliating experience when he started out. He bombed on a local show in Las Vegas called “Starmania”. Koy probably would have gave up his comedic aspirations there, if it wasn’t for a few kind words from a fellow comedian later that night. After that, he began driving from Vegas to LA regularly; watching and studying other comedians, until he finally got the balls to get up on the Laugh Factory stage for himself.

Koy continued to take every opportunity that came his way. He became a regular at open mike nights, and even landed a weeklong gig opening for a headliner at the MGM Grand. Always hustling, he heard BET’s Comic View was in town. The promoter let him in and when the show’s comedians were running late, he was offered the stage. Reluctantly, Koy went on. He was only given five minutes, but he killed it! The crowd went crazy… after that the promoter gave Koy his first TV spot on BET’s Comic View.

So, where do you go from there? Well, Netflix of course. It’s the holy grail of stand-up specials. Netflix is where it’s at. Everyone who’s anyone has it on their radar. Unfortunately, Netflix passed on Koy. After a handful of failed attempts to get picked up by the network, his manager suggested he shoot the special himself. He emptied his pockets covering the entire expense. He was broke after that but his efforts paid off and Koy got the call. Netflix had picked up his special, and in March 2017 aired “Jo Koy: Live from Seattle” resulting in immediate success.

In 2019, Koy shot his second Netflix special; “Comin’ in Hot” live from Hawaii. That show set some major records, one of those being Most Tickets Sold by a solo performer, knocking Mariah Carey off the top spot, and earning him a spot on the New York Times Top 10 Global Concert Tours. In his third Netflix special, Jo Koy’s “In His Elements”, Koy takes us to his homeland and shares his Filipino culture.

It’s got a different vibe than your typical stand up special, showcasing a wide array of Filipino talent. As if that wasn’t enough, he also has a new book coming out called “Mixed Plate: Chronicles of an All-American Combo” that drops March 2021. And, I almost forgot, he’s got a little something-something in the works with Spielberg… yeah, that’s right Steven Spielberg! To say Jo Koy is hot right now is an understatement. He’s fucking on fire. But, our favorite thing about him? He shares the same love we do for pushing the envelope. So now let’s see if we can get through this interview without a call from HR… 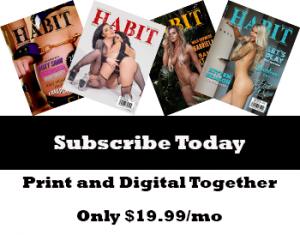 QThat intro was only the cliff notes of your accomplishments… do you ever fucking sleep?

Jo Koy: Always up 24-7. I’m constantly thinking, thinking non-stop about jokes, the movie, and of course my new hour special that is scheduled to shoot this year.

QYou’ve been doing your podcast longer than we even knew podcasts existed, 2016 I believe. What made you jump into that world?

Jo Koy: The Koy Pond (my podcast) is a different environment, I like having the opportunity to ad-lib and improvise with my friends.

QHow do you keep a relationship solid when you’re traveling so much?

Jo Koy: The good thing is I’m not in a relationship right now. I only concentrate on myself and family, especially my son Joseph.

Jo Koy: I would be lyin’ if I said my looks got me laid.

QWhat’s your biggest turn on in a woman?

Jo Koy: Perfect toes or she’s got to go!

QWhat’s your biggest turn off in the bedroom?

QWe love a good dirty joke. How do you walk the line with your comedy?

Jo Koy: It’s a fine line to walk between good and bad, but I make sure to make the audience feel comfortable before I go into something dirty.

QWe didn’t bring up your dick, you did… we love when you make fun of your dick, but, feel free to clear the air here in HABIT…

Jo Koy: Hey, look, it works and it has really good credit!

QBesides good credit what else does a guy need to offer a woman?

Jo Koy: I can cook and I’m hopelessly romantic…

QWith all the success you’ve had, what could possibly come next for you?

Jo Koy: Skies the limit, I’m constantly writing and coming out with new ideas for the stage and the screen.

Jo Koy: Both, but a boob guy

You must be 18 years old or over to view this site
Please verify your age to enter.